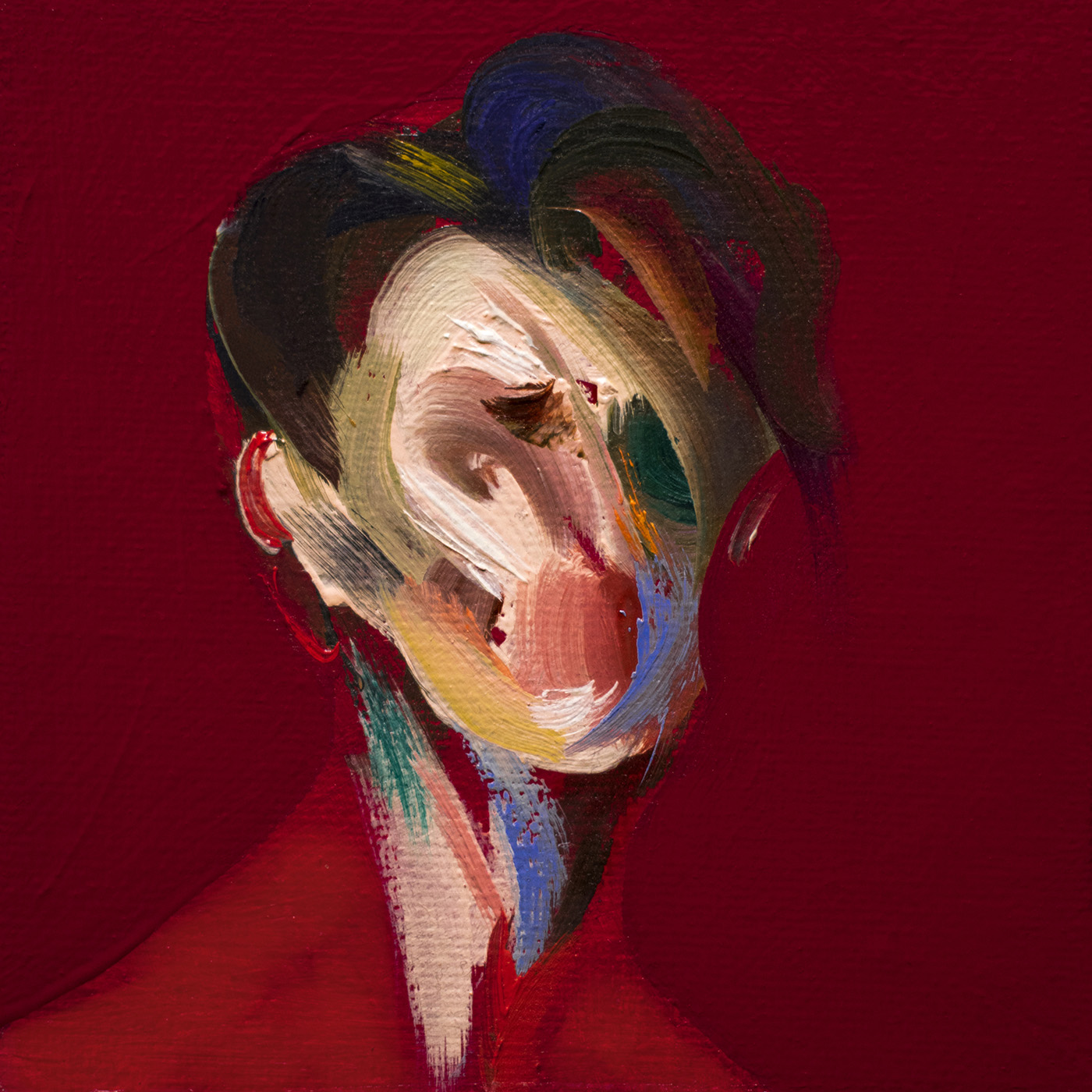 For nearly two decades, Los Angeles-based Norwegian singer/songwriter Sondre Lerche has established a consistent knack for an ear-catching and eclectic blend of jazz-influenced indie pop, married effusively to thoughtful, intriguing lyrics. And yet with 2014's Please, his marked sincerity was further explored through the emotional fallout of a divorce. But sparse, confessional-style lyricism alone has never held much water to Lerche, and Please instead explored that turbulence through groove-centric jams crafted for dance floors. This proved to be a winning formula, and Pleasure, its 2017 follow-up, plunged even deeper into danceability, inspired by forays into electronic music. On Patience, his ninth studio album, Lerche pursues another unexpected inspiration: ambient music.

It was his sudden interest in running, spawned by efforts to be in shape for the intense physical exertion of his 140-show Pleasure world tour, that led to Lerche's deeper exploration of ambient music and minimalism. "Running somehow became synonymous with exploring all this beautiful, liberating music that was so exotic to get lost in. I called it patient music.”

After months of touring and training, Lerche ran the New York City Marathon that fall, soundtracked by an eclectic playlist of William Basinski, The Field, and Steve Reich. "I completely broke my body, but I was hooked. The combination of ambient and running somehow just made sense to me. It played a great part in why I moved to LA”. Since New York he has run three subsequent marathons, the last one in Chicago, where he set a new personal record fueled by Japanese experimental composer Haruomi Hosono and British collage-artist The Caretaker. Lerche was training for a fifth marathon, in Düsseldorf this April, when the COVID-19 pandemic broke loose and all plans changed. Patience has indeed since proven to be an all too timely mantra for the times we find ourselves in.

Outside of the Laurie Anderson-influenced title track, which sees the return of Lerche's hyped up sensual crooner persona from Pleasure, the effects of Lerche's ambient infatuation might not be readily apparent in the album's composition at first. But much of their lessons factored not only in how Lerche approached the record, but also informed his decision to leave Brooklyn, his home since 2005, in favor of Los Angeles, in the midst of the album's production.

Where opener “Patience” gives insight into Lerche's artistic process, the bouncy Brill Building-pop of "You Are Not Who I Thought I Was" finds Lerche providing an unflinching self-examination of what a touring artist's life is like, both from the point of view of the artist and the ones they're close with. Lerche argues that there really is no separating the art from the artist and the very human needs of all involved, and errs on the side of balance.

Since his auspicious debut Faces Down in 2001, Lerche's toured significantly and chased his muse wherever it has taken him - from the lounge-y baroque pop of both his debut and Two Way Monologue, to the punchy rebelliousness of Phantom Punch, Lerche's albums always seem rooted in a desire to explore some musical fixation or personal growth. And through it all Lerche has cultivated a strong pervasive harmonic language - an insistence on distinctive chord structures that, though a cornerstone in a genre like jazz or bossanova, have been almost alien in the offerings of most mainstream pop. And yet, at this moment, alongside artists as diverse as Weyes Blood, Tame Impala and King Krule, Lerche’s particular blend of influences feels more timely than ever.

"As much as I continue being inspired by the great American songwriters of the jazz age, my harmonic DNA feels Brazilian more than anything. There are so many phenomenal Brazilian songwriters, from Jobim to Tropicália and beyond”, he says, referring to the movement that developed under the militant dictatorship of the late 60s. “I've always felt that at least half my songs are really just Brazilian pop songs underneath it all. And I’m so happy whenever I hear those harmonies in contemporary music, whether it's Tyler, The Creator or Dirty Projectors.”

Lerche's affinity for MPB (mùsica popular brasileira) is perhaps most explicitly notable in the Chico Buarque-inspired "Why Did I Write The Book of Love”, which follows the Tropicàlia tradition of mixing subjects of love and political commentary. Here Lerche argues it's going to take a lot more than love to fix a mounting number of issues: "So why are we not enough to save the world, to save ourselves?" Lerche asks casually, but it's a clearly pointed critique of himself and others like him.

Patience also reveals Lerche’s love for 60s-70s singer/songwriters like Judee Sill and Joni Mitchell, leading Lerche towards feats of timeless production, like the Harry Nilsson-reminiscent "I Can't See Myself Without You", an effervescent love song that harkens back to Lerche's Duper Sessions and Dan In Real Life soundtrack in its unabashed adoration, with just the right amount of his present-day self accountability.

While deeply inspired by the events of his own personal life, Lerche's tendency has always been to pull focus back, striving to give a sense of universal appeal and emotional resonance, and Patience is no different. Or, as he reminds himself in the title track: “We can only take so much, but some have to take so much more”. The Arthur Russell-echoing “That's All There Is", inspired by the sudden passing of a close friend and collaborator, ponders our lives and the lives of our loved ones as a stream of beautiful images and recollections. Sparsely tender album closer "My Love Is Hard To Explain”, written after returning to New York after the expansive and exhausting Pleasure tour, sees Lerche magnifying the concept of love and relegating it to the cosmos. He posits that even though there are technical ways to describe almost anything, the purest, truest things in the Universe are the hardest to qualify or accurately describe without robbing them of their potency.

With Patience, Lerche continues fruitful collaborations with his core band; New Jersey-based drummer/ percussionist Dave Heilman, bassist Chris Holm, keyboardist Alexander von Mehren, and producers Kato Ådland and Matias Tellez (of Young Dreams), all Bergen-based. The album also reunites Lerche with mixing engineer Jørgen Træen (Faces Down, Two Way Monologue, Duper Sessions), and world- renowned Philip Glass-violinist Tim Fain (Please), as well as introducing an unexpected but winning team-up with legendary lyricist/composer Van Dyke Parks, who has worked with everyone from The Beach Boys and Randy Newman to, more recently, Joanna Newsom, Rufus Wainwright and Skrillex. The sweeping Parks-arranged chamber pop ballad "Put the Camera Down", is very much the narrative foil to "That's All There Is”, as Lerche argues with the ability to capture everything at your fingertips. Sometimes it is, in fact, preferable to just experience the moment you're in, warts and all.

Patience's centerpiece, "Why Would I Let You Go?” is unusually and intensely personal for Lerche. The result of a hermetic all-night writing session in his Brooklyn apartment, the song paved the may for what Lerche describes as the album’s songs of “radical sincerity”. It took perhaps the longest journey from its creation towards finding its place on the record, while also signifying the definitive moment Lerche realized the thematic difference in Pleasure and Patience's narratives. Devastatingly powerful in its heartfelt reverence and fragile insecurity, "Why Would I Let You Go?" functions as an excellent benchmark for the emotional journey of Lerche's unofficial trilogy, and highlights Patience as an album rooted in acceptance and finding peace. A feeling further enhanced by the cinematic “I Love You Because It’s True’, the first song Lerche wrote after settling into his newfound bungalow-life in Hollywood.

If Pleasure reveled in giving yourself up to the here and now, so too does Patience. Swapping out hedonistic pursuits as distraction from existential ennui and the fear of being known, Patience finds Lerche fully willing to surrender to the mounting tide of introspective inquiry. Lerche allows Patience to be an album of contradictions, where dueling thoughts and feelings coexist and are weighed with equal measure. Even as he ruminates on life's big moments and even bigger questions, Lerche is optimistic, full of love and empathy, self-critical and self-aware. It’s a delicate tightrope to traverse, but Lerche does so with an almost effortless grace and a bit of humor. For Lerche, Patience isn't just a record, it's a mantra for how he hopes to live his life: present, focused, and resisting the urge to rush when it feels like time is slipping away.

Sign up to be a part of the community and receive news, information about upcoming releases, free downloads and other goods.